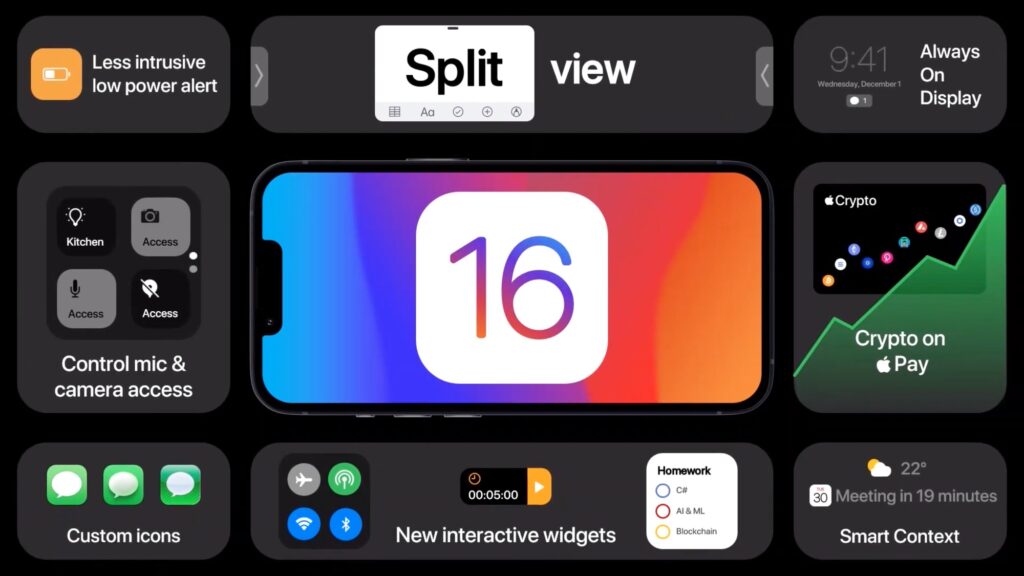 Apple makes an announcement about their new iOS features every year at the Worldwide Developers Conference (WWDC). But, they often leave out some features that would have been worth mentioning.

They recently have repeated the same thing while announcing iOS 16 features. You can easily find out the features that they had announced. Apart from that, you might also want to know the ones they did not announce.

So, we will take a look at the features in iOS 16 that were not mentioned at WWDC. You would surely like the unannounced iOS 16 features that we have listed below.

Face ID is not a new feature in itself on the iPhone. But, it always needs some improvements, as many users feel. After all, it is supposed to be much more convenient than Touch ID. The Face ID is comparably more complicated than previous iOS versions.

As you probably know, the number of angles at which Face ID worked was limited. Apple has not announced a fix for that but will introduce one on iOS 16. You can unlock your iPhone with Face ID while it is in landscape position on the upcoming system version.

You might often disconnect from calls unintentionally while talking on the phone. A lock on the screen would have been quite useful to prevent this annoying issue. If you feel that way, you would like what iOS 16 offers. iOS 16 will allow you to lock the screen while you are on a call.

This feature would be enabled by default, from what it seems. It would stop the call from ending when you touch the disconnect button. So, you have to disconnect the call with the side button instead.

Do you want more responses other than sounds from your iPhone while typing? Then, Apple will make that happen for you with the iOS 16. The upcoming system version can get mild vibrations at each key press. You should be able to enable this feature through the Keyboard Feedback section in the Settings.

Tell Siri to Hang Up Your Phone

The Siri voice assistant can help you with a wide range of tasks, as you know. To add to its uses, you can hang up calls using Siri in iOS 16. This new feature might have different reactions from users based on their preferences.

Depending on your preferences, you can opt for a list view or a single banner. The developers might also add some more options later on. In any case, this is surely a welcome change for many users.

Viewing your hidden and deleted photos is not so difficult in the current iOS version. All you need to do is visit the Hidden Photos or Deleted Photos section. So, this makes it quite easy for another person to view them.

Many iPhone users might want these sections to be harder to access. If you wish for the same, you simply need to wait for iOS 16. You can protect hidden and deleted photos with face or touch ID in the soon-to-arrive new system version.

Since Apple has not announced this feature at WWDC, it is unclear how it would work. But, it would probably work the same way as automatic system updates. Regardless, you would surely find this a great addition to your iPhone.

iMessage is going to offer the user new accessibility on iOS 16. It would include the option to edit or cancel a sent message. And, that should be very useful if you have texted the wrong person or have made some typing mistakes.

Do you want to view a message that you have deleted? Then, you can do that on iOS 16 within 30 days of deleting the message.

Not only that, but the iMessage would also feature a new section called Unread Messages. So, you can separate the messages you have read from the unread ones. This makes your iPhone messages section look more organised.

If you use Apple Music, you probably know how complicated it sometimes is. And, you would surely want to see some changes in that case. So, Apple will let iPhone users sort playlists by various categories on iOS 16.

You can sort them by artists, title, album, and even by their release dates. Moreover, you can select an artist as a favourite to receive notifications about their latest release.

Can Your iPhone Run iOS 16?

With the announcement of iOS 16, many iPhone users might wonder whether their devices can run the new system. In case you are wondering, many iPhones running iOS 15 can run iOS 16. But, the system update would not be available for everyone. From what we know, iPhone 7 Plus and older models cannot run iOS 16. So, you have to settle for features based on iOS.