‘Move to iOS’ Not Functioning? Here’s How to Fix 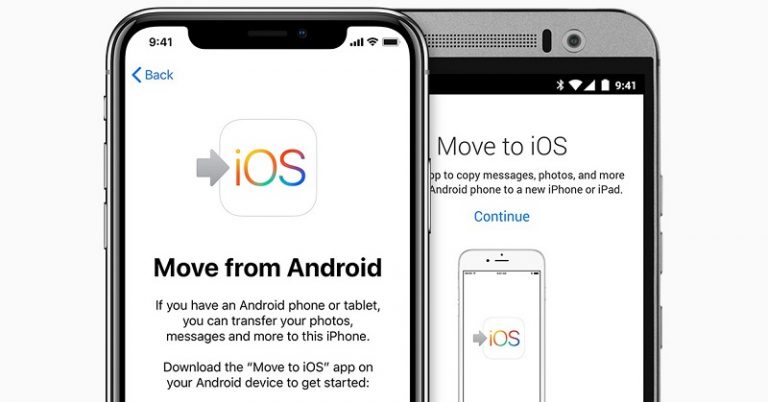 ‘Move to iOS’ Not Functioning? Here’s How to Fix

Transferring data from Android to a new iOS device can be fun and prompt with the ‘Move to iOS’ app. Released by Apple, this app lets you connect your Android and iOS devices over Wi-Fi. Afterwards, you can move a bunch and variety of data from your android smartphone to an iPhone.

However, software glitches and bugs are common. Therefore, you might find out that the ‘Move to iOS’ application is not working. Either your iOS device can’t connect to the application after you enter the security code, or the data transfer might remain incomplete.

Prerequisites for ‘Move to iOS’

Certain terms and conditions apply to the proper functioning of ‘Move to iOS’. If your devices aren’t compatible with the software, then it obviously won’t work.

Check out the following aspect before you try solving the ‘Move to iOS’ app’s malfunctioning:

In case you are facing issues with the ‘Move to iOS’ application even though these instructions are checked, learn how you can eliminate the problem.

How to Resolve ‘’Move to iOS’ Not Working’?

Generally, ‘Move to iOS’ is pretty handy software to import your contacts, images, videos, calendar events, emails, and more to iOS devices from Android ones. The application might encounter an issue while migrating, communicating with iOS devices, and unexpected interruption.

Check out the following tried and tested methods to make the ‘Move to iOS’ application work.

This might sound weird, but restarting might mitigate the temporary glitch that occurred in the application. Hold your Android smartphone’s power button and press the Restart option. This will take a while to restart the Android system.

On the other hand, you have to manually restart an iPhone. First, hold the Power button and move the slider to turn off the iPhone. Wait for a while, and again press and hold the Power or side button to turn it on. Now, you can launch the ‘Move to iOS’ app after you have rebooted both devices.

Are you sure about active Wi-Fi connections on both Android and iOS devices? If any devices are not connected to the same strong and stable Wi-Fi network, then the process won’t be successful.

Moreover, test whether the internet connectivity is up to the mark. If the bandwidth performance test doesn’t provide satisfactory results, you can consider resetting the router. Resetting the router will revive the network connection. Observe if you can now transfer your Android data to your iPhone through ‘Move to iOS’.

An unexpected call might interrupt the Android and iPhone data transfer. Hence, you can turn on the Airplane mode on both devices. Enabled Airplane mode will allow Wi-Fi connectivity, but it won’t let any call interrupt the functionality of ‘Move to iOS’.

A sudden call can ruin the data transfer. Turn on the Airplane mode, and no network connection other than Wi-Fi connectivity will bother you.

If it’s your Android device, swipe to open the Notification tray. Locate the Airplane mode and tap on it. You have successfully turned on the Airplane mode, and now, you can start transferring data using ‘Move to iOS’.

‘’Move to iOS’’ provides a security code for a safe and reliable data transfer between your Android and iOS devices. This creates a private Wi-Fi connection; without the security code, you can’t proceed with the file import.

It’s common for users to type the wrong security code on their iPhones, and this interrupts the data transfer. Therefore, you must be careful while entering the security code exactly as shown. Double-check the security code and enter it as it is on your iPhone. Don’t miss any character.

Every Android device that runs on Android 8.0 or later has a built-in feature called’ Connection Optimiser’. This automatically switches your Android device’s connectivity from Wi-Fi to cellular data and vice versa according to network speed and efficiency.

Hence, you have to disable the Connection Optimiser with the help of the following steps:

If it’s a Samsung device, then possibly, a similar connection feature is available on it. It’s called a Smart Network switch and you need to turn it off if you own a Samsung device. Here’s how you can do it:

Try reconnecting your Android phone to the iOS device and check if the data transfer initiates.

An unstable internet or Wi-Fi connection is not enough for ‘Move to iOS’ to work. If you find out that the Wi-Fi connectivity is not strong, you must attempt to improve the signal strength.

Otherwise, try another personal hotspot that offers a good internet connection. Moreover, you can restrict other devices from using that particular hotspot. Pause all heavy uploads and downloads on other connected devices.

How to Migrate Your WhatsApp Data from Android to iPhone?

How to Rollback iOS Update?