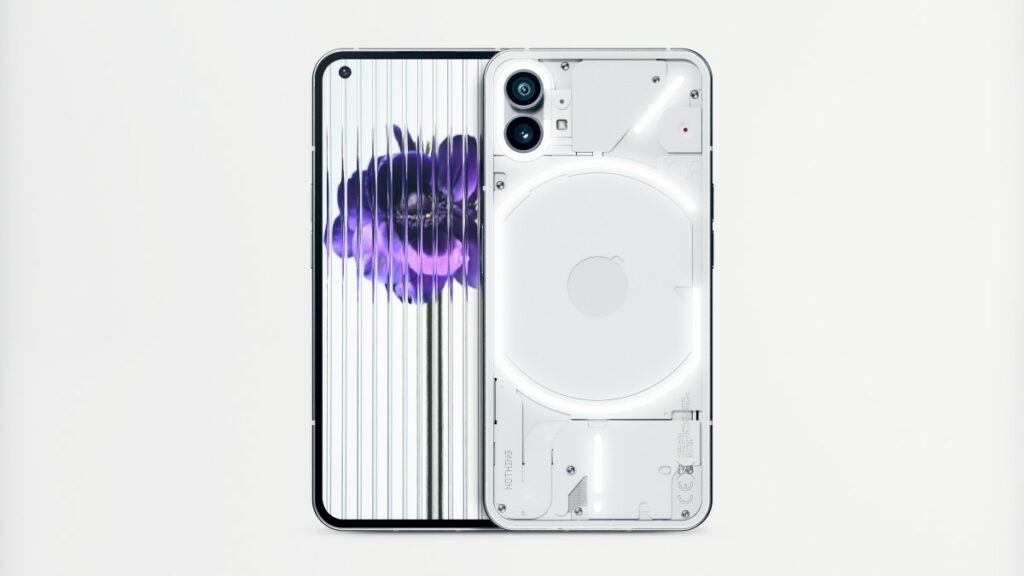 The smartphone industry is full of competition, and here comes Nothing with its first-ever smartphone, Phone (1). After so many teasers, Nothing has finally revealed its first smartphone innovation’s features and price. The good news is that this Nothing Phone (1) has been launched in India along with other global markets.

However, Nothing released the Phone (1) at a more reasonable price. Let’s check out how much you will have to pay to purchase a Nothing Phone (1) in India. In addition, we will be discussing the features Nothing’s first smartphone offers.

What’s the Introductory Price of the Nothing Phone (1)?

Nothing Ear 1 True Wireless Earbuds were Nothing’s first launched product in 2021. The Nothing Phone (1) is the second huge release from Carl Pei’s company. For your information, Carl Pei is one of the co-founders of OnePlus. However, Nothing has decided to go with a starting price of £399 for the Phone (1).

Pricewise, the Nothing Phone (1) looks more impressive than the iPhone 13 lineup. However, we can’t say that Phone (1) is a clear winner without verifying its features.

Let’s have a look at the tech specs and features of the Nothing Phone (1).

What makes the Nothing Phone (1) so Special?

We can’t deny how exciting it felt when Nothing flashed its first smartphone with a semi-transparent or translucent back. The idea was quite unique, and the camera hump reminded us of the iPhone’s recent camera trends; that’s too because iPhone designers such as Tony Fadell joined the Nothing team.

The Nothing Phone (1) comes with an Android-based OS named Nothing OS. The smartphone comes with Android 12 by default. Additionally, the device flaunts the Qualcomm SM7325-AE Snapdragon 778G+. Nothing has included Octa-core CPU and Adreno 642L GPU.

Available in Black and White, the phone flaunts a 6.55-inch aluminium phone with hundreds of LEDs on the translucent back. Those LEDs illuminate the back panel with visual notification. For instance, the central circular lights glow up when you place the phone on wireless charging. On the other hand, the bottom strip of light illuminates when you charge the device with the USB-C cable.

Moreover, Nothing Phone (1) users can assign different light patterns for different contacts. As a result, different LEDs light up to identify who is calling you.

The Nothing Phone (1) offers dual cameras for its rear camera suit. The primary camera comes with a 50 MP, f/1.9, 24-mm wide lens. On the other hand, the secondary camera has a 50 MP, f/2.2, and 114-degree ultra-wide lens. You can shoot photos in HDR quality along with LED flash.

Nothing offers a great deal of RAM for such a mid-range smartphone. The Nothing Phone (1) has base models with 8GB RAM, and it can extend up to 12GB. Users can purchase the 8GB variant with two available options of storage – 128GB and 256GB.

However, the 12GB RAM-variant of Phone (1) is available with 256GB of internal storage. In addition to this, Nothing hasn’t included a card slot.

The Nothing Phone (1) display is nothing less interesting than its translucent back panel. The device comes with a 6.55-inch screen and an 85.8% screen-to-body ratio. It implements a slim bezel design. Besides this, the display resolution is 1080 x2400 pixels, including an aspect ratio of 20:9.

Undoubtedly, Nothing Phone (1)’s display seems to be aesthetically pleasing and bright. The credit goes to its peak of 1200 nits. The screen’s refresh rate is 120Hz with an OLED display. As a protection, it has Corning Gorilla Glass 5 technology.

You are already aware of the multiple LED function at the rear side of the Nothing Phone (1). Let’s talk about the dimensions of this latest launch. The device has an overall height of 6.27 inches, 2.98 inches, and a breadth of 0.33 inches. As the breadth suggests, the smartphone is pretty slim.

Additionally, Nothing has mentioned that the device weighs 193.5 grams. Both the front and back glasses are protected with Gorilla Glass 5. Apart from this, the phone supports a dual-sim feature. The Phone (1) is dust, splash, and water resistant with the IP53 rating.

Battery plays an important role in deciding your next purchase of a smartphone. You might be looking for a smartphone that comes with fast charging and sustainable performance. The Nothing Phone (1) has a non-removable Li-Pro 4500 mAh battery with Power Delivery 3.0.

The battery supports 33W fast charging. You can charge it up to 50% in just 33 minutes, as the advertisement suggests. In addition, the phone offers 15W wireless charging and 5W reverse wireless charging. Quick Charge 4.0 is the infused technology for quick charging in the Phone (1) battery.

Nothing Phone (1) is a 5G-supported device, and this means that you get the latest and fastest communication means with this device. For Wi-Fi support, Phone (1) features a dual-band Wi-Fi 802.11 a/b/g/n/ac or Wi-Fi 6 technology.

Additionally, the phone is empowered with A2DP Bluetooth 5.2 technology. The GPS system comes built-in. However, Nothing hasn’t specified anything about Radio connections. If you are thinking about USB connections, it has a USB Type-C 2.0 port.

Nothing Phone (1) has a fingerprint sensor that lies on the bottom of the display, and this is an optical sensor. Additionally, the manufacturer has included an accelerometer, gyro, proximity, and compass sensors in the device. Moreover, you will get stereo speakers.

Unfortunately, there’s no 3.5mm jack for listening to music. This resembles the lack of an audio jack in the latest iPhones. On the other hand, Phone (1) will be able to perform unlocking doors, power on air conditioners, display NFTs on the home and lock screens.

Nothing Phone (1): Is it the Right Replacement for the iPhone 13?

At this price (31,999 INR and extending up to 37,999 INR), the Nothing Phone (1) sounds like a solid mid-range smartphone in India. Additionally, the features appear amazing, along with the unique LEDs at the back. With such an affordable price range, Nothing Phone (1) can turn into a real rival to the existing and upcoming iPhone lineup in India.