What is the Genuine Battery Message Alert on iPhone – Complete Guide 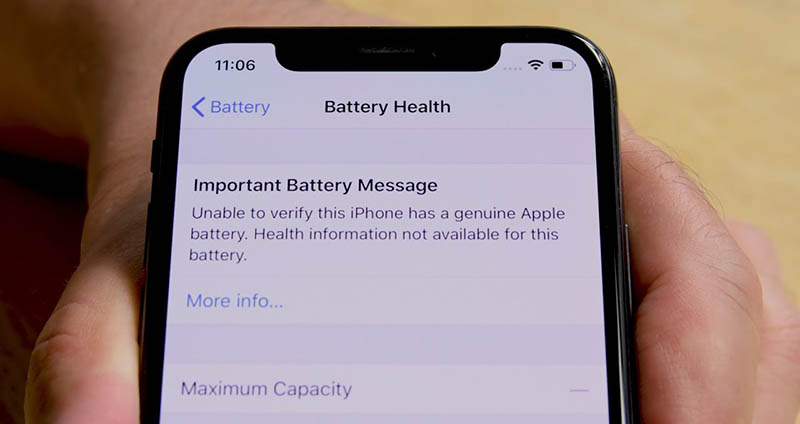 What is the Genuine Battery Message Alert on iPhone – Complete Guide

When the users try to replace the battery of the iPhone with a third-party battery or with a genuine battery, they receive a battery message alert. This message says, ‘unable to verify this iPhone has a genuine apple battery’.

Many users wonder what this message actually means. Well, this message means that the battery cannot verify as a genuine product in the device. Now, there are so many doubts among users. Not to worry, we will help you in fixing the issue.

Why are You receiving this Battery Message?

First, you need to understand the reason behind getting this message. Your iPhone was unable to confirm that it has been powered by a genuine Apple battery. This notification generally appears when you replace your iPhone battery with a third-party manufacturer.

Though this won’t have any impact on the battery performance or usage of the iPhone like you normally would. But, you won’t be able to access any battery health data and for which you have to go to the Settings followed by the Battery option.

In case of any battery replacement, make sure you purchase a standard one. Random batteries can cause problems once you install them on your iPhone.

Getting the Message after Updating the iPhone

Many users have reported that they are getting the message after they have updated the iOS, though they purchased from the Apple store. In such a situation, you need to restart your iPhone and check for the message

Again, turn on your iPhone, along with the face ID, and hold either the Volume or the Side buttons. You will see the Slide To Power Off appear on your screen. You need to slide the power button to the right to shut down the iPhone. After that, press the Side button again to turn on the iPhone.

You can also check the new iOS update to see if the software bug is the culprit behind all this. With the latest version, Apple might fix this problem. Go to the Settings and click on the General option followed by the software update. After that, click on the Download And Install or Install Now option for the iOS update version.

Replacing the Battery at a Third-Party Repair Shop

In most cases, it has been seen that Apple tech won’t repair the iPhone if the battery has been replaced with a non-apple part. Therefore, it would be best to try putting the original battery on your iPhone. Finally, check if you are getting this message or not.

There are a few fixes that you can try to see if by performing this message you still get the message or not. The fixes are as follows.

This is one of the easiest ways to fix the message alert. If you have set something that disturbed the battery function, you can just reset it. Choose the Reset All Settings option to fix it.

Your iPhone works well if you install the latest iOS on your iPhone. Often it has been seen that old iOS versions are not capable enough to support some programs. Make sure to update your iOS with the latest version. Updating iOS might help you out:

So, this was all about a genuine battery message alert on your iPhone. We have discussed everything that might seem to be doubtful. All the important information related to this is given with proper explanation. Hope this will solve the problem.

Want to Speed Up Your MacBook? 5 Golden Rules to Follow

How to Use iMessage on a Windows PC or Android Device