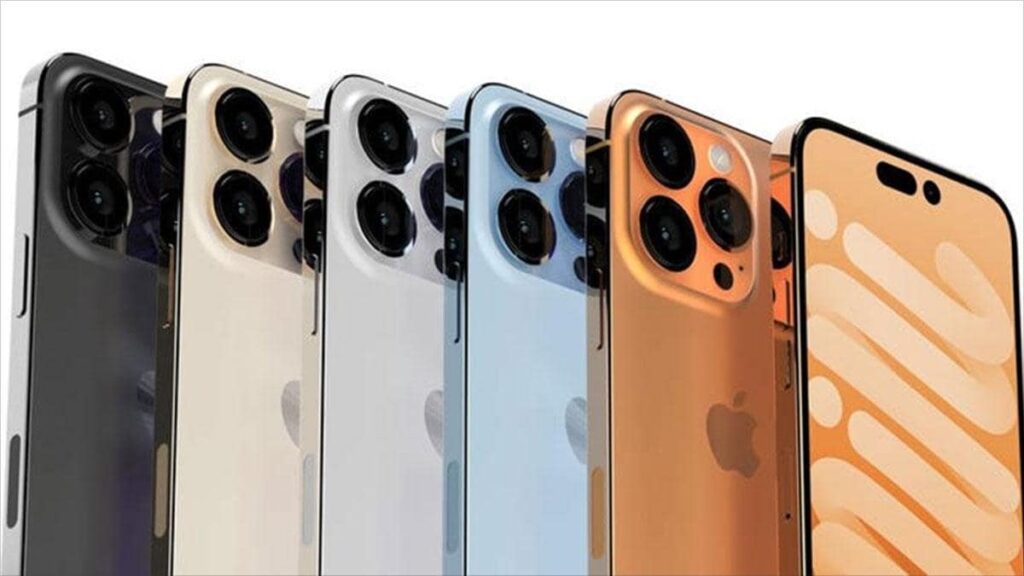 Apple’s inventions have always been the talk of the town. Whether it’s the iPhone or Mac, performance and security have been two main aesthetics for the Cupertino-giant. Additionally, Apple admirers never seemed to be compromising quality over the price hike of iPhones and other products. However, an iPhone 14 supply chain has claimed that Apple is going to drastically charge users for its upcoming iPhone 14 series.

A material supplier for iPhone chips has warned the globe that Apple is implementing something really complex and impressive; that’s why the overall cost of the entire iPhone 14 series is going to surge. The company has claimed that it won’t be shocking anymore if the prices go at least $100 more compared to the latest pricing of the iPhone 13.

Let’s find out what you can expect about the iPhone 14’s price.

Who Leaked the Price Range of Apple iPhone 14?

Apple has always marketed the brand value and luxury it offers with its single innovation. The iPhone is one of the best-selling phones around the world. Additionally, it contributes more than 50% to Apple’s economy. No wonder Apple will keep experimenting with the iPhone to reach more customer base.

In the last few years, the price of iPhones has significantly increased due to amusing technologies and their implementation. Apple never feared experimenting with iPhone technologies and thus, we can expect a huge hike in its price. Still, the leaks about iPhone 14 pricing seem to be quite alarming.

A Japanese chemical supplier named Showa Denko K.K has revealed that it is afraid that Apple is going to extend the cost of the iPhone 14. Why does the company suspect Apple of doing so?

According to the company officials, Apple is currently confronting a deal of $550 billion in the semiconductor industry. Therefore, the overall production cost is going to increase for iPhone 14. Well, this is not the only reason for the price hike of the iPhone 14 series.

Additional hikes have been noticed since the overall pandemic affected the economy worldwide. Moreover, the fall of the Yen and the war conditions in Ukraine led to such consequences. The situation doesn’t seem to be resolved until 2023, the CFO of the concerned supplier expressed.

Apple has already revised the prices of specific iPhone 13 variants up to 20% in Japan. It’s a clear indication that Apple has been struggling with the falling Yen and other situations.

The concerned Japanese supplier is itself selling its supplies at doubled rates than previous year’s prices. Showa Denko is one of the reputed suppliers of TSMC chip fabrication. Apple created its best iPhones with the help of TSMC. Apple used the same technology to craft the revolutionary iPhone 12 and iPhone 13 series.

Hence, it’s clear that Apple can’t discard TSMC from the architecture of iPhone 14. Apart from this, rumours have been heard that Apple is taking a Pro leap with iPhone 14. Therefore, we can expect an inevitable price surge along with the iPhone 14 release.

Apple knows that an accelerated price tag might bring a negative impact on its iPhone sales. Thus, Apple is more likely to make a move with two dedicated strategies. According to leaked designs and iPhone cases, there should be two different sizes available with the release of the iPhone 14.

What’s that $30 Discount on iPhone’s Sticker-Price?

However, Apple keeps tricking prices by offering wireless plans while collaborating with its carrier partners. This applies to the non-Pro lineup of the iPhone. In 2021, buyers were able to get a $30 discount at the checkout with one of those carrier deals.

For example, the sticker price for iPhone 13 mini mentions $729, but buyers got them at $699 through carrier deals. Similarly, iPhone 13 came with a price tag of $829 actually. Yet, buyers managed to purchase them at $799.

In case Apple follows the same carrier deals for iPhone 14, then you can avail of a $30 discount. In that scenario, the sticker prices for the cheapest iPhone 14 variants might start from $829 and $929. Well, remember that this generally applies to only non-Pro variants of the iPhone series.

Exaggerated Cost of iPhone 14: Is it Justified?

The hike in the iPhone 14 cost might hit Apple’s overall strategy behind iPhone innovation and upgrade. In the last few years, there have been barely visible changes in the hardware and software boost in the iPhone launches. Not to mention, iPhone 12 and iPhone 13 lineups are very identical.

If Apple fails to show stunning improvements with iPhone 14 even charging so high, then buyers might reject them. Additionally, other services from Apple are likely to be more expensive.

Reportedly, Apple might be working on a finance method to make the purchase easier for users. However, Bloomberg confirmed that this finance would be different from Apple’s existing iPhone Upgrade Program.

A Sneak-Peek into iPhone 14 Design and More

Besides learning about iPhone 14’s prices, it will be fun to learn more about its design and features. The first convincing leak about iPhone 14 surfaced on the internet in March 2022. If this comes true, then we will receive almost the same design as the iPhone 13. At least Apple can’t get over the camera bump and the notch.

Apple might not introduce A16 Bionic Chip for iPhone 14. However, MacRumors has stated that you can expect a significant power boost with iPhone 14 compared to the latest iPhone SE (2022). Apple might switch to a 3nm chip from the 5nm A15 Bionic processor.

Moreover, users might experience a huge leap in terms of cameras. iPhone 14 Pro might introduce us to a 48MP main sensor for the first time in Apple’s history. Additionally, the video resolution might range between 8K and 16K.

When will the iPhone 14 Series be out?

Traditionally, Apple releases iPhones in the fall every year or precisely, September. This year, we expect the brand new iPhone 14 with a real difference in its price tag. You can check out Apple’s iPhone Upgrade Program if you want to trade in your older device for a new one. Otherwise, you have to wait till 2022’s fall hits to verify the facts about Apple launching ‘rumoured to be the most expensive iPhone 14 lineup.